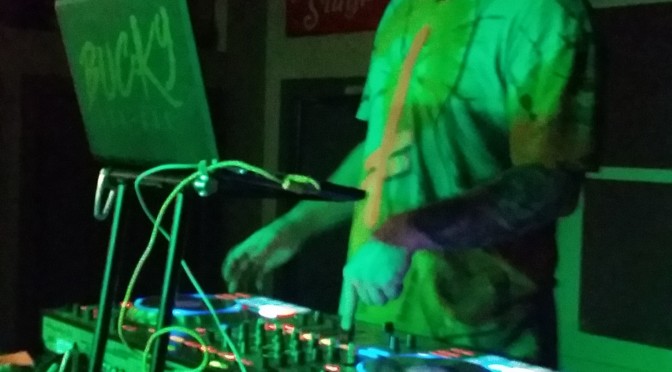 Things to do in Redding CA on St Patty’s day was a smashing hit, to say the least.  A variety of St Patrick’s events in Redding CA were many.  Everywhere you went it was common to see many shades of green, green beer, green shirts, green hats and green clover stickers and yes green paint on parts of the human anatomy.
Trying to capture just the main festivities took a herculean task within allowed time restraints.
The Need to Rush made for quite a challenge because of the many events happening at the same time.
After slamming down a protein drink and grabbing my gear I headed downtown to capture some of the highlighted festivities, it all started getting intense after parking my car in the underground parking lot of the old downtown mall area.  After parking my vehicle, to my dismay I had stepped out into a group of highly decorated green females that looked like they could have played a part in a Star Trek episode with Captain James T Kirk of the  USS Enterprise, (that lucky devil)!


After capturing the bagpipers at Shameless, I bounced over to The Dip across the street where things were blowing up green with famous local DJ Bucky Dun Gun.

Bagpipers were scheduled to play at 12:00, 3:00 & 6:00 O’clock at Shameless O’Leery’s.  Getting there about 5:45 with gear in hand and ready to shoot the last appearance and it finally happened at around 7:20, long wait indeed but have to say it was worth every minute.  If you watch close enough you will see something funny and totally unexpected happen to one of the female bagpipers, look at the video below.

After capturing the bagpipers at Shameless O’Leery’s I came across individuals that were really into celebrating St Patty’s day here in the north state, you can see some of the pics within this post.

In many establishments across City of Redding and the greater Shasta County, it was an amazing experience to see people from all walks of life celebrating St Patty’s day here in NorCal.
Final wrap up, we received this breaking news about a baby boy being sentenced to house arrest for getting too rough with his stuffed leprechaun toy on St Patty’s Day in Redding CA….

St Patricks Day Redding CA 2016 Events & Specials
St Patrick’s day in Redding California is a big deal here in the north state.  St Patty’s day has a rich history and culture that goes back hundreds of years ago.   St. Patrick, or the “Apostle of Ireland,” actually started out in the pagan religion. While not much is known about his early life, as many of his life’s details lost to folklore, letters from St. Patrick reveal that he was captured in Wales, Scotland, or another close area outside of Ireland and taken to Ireland as a slave. Years later, he escaped and returned to his family, who were Romans living in Britain, going back to Ireland for mission work after finding a place as a cleric and then Bishop within the Christian faith. He was born around 460, and by the 600s, he is already known as the Patron Saint of Ireland. There are many legends associated with St. Patrick. The symbol of the shamrock used for St. Patrick’s Day comes from the story of St. Patrick using the shamrock to illustrate the Holy Trinity. The three-leafed plant coincided with the Pagan religion’s sanctity of the number three and is the root of the green color theme.

Another popular belief is that St. Patrick banished the snakes from Ireland. The story says that while St. Patrick was fasting, snakes attacked him, so he chased all snakes into the ocean. However, there have never been snakes in Ireland during the post-glacial period. The absence of snakes and symbolism involved with snakes is believed to explain the story, although it could have been referring to a type of worm rather than snakes. One legend has St. Patrick sticking a walking stick into the ground while evangelizing, which turned into a tree, CLICK HERE for detailed information and reference.

St Patty’s day here in Redding CA and other north state communities enjoy this time of the year and celebrate it with fantastic food, drink, and festivities.  Some of the local eateries and pubs will be celebrating with the traditional corn beef and cabbage. While some will be adding a twist like Woody’s Brewing Co offering a Dublin Cheese Steak dish and let’s don’t forget the traditional bagpipers that will be playing at Shameless O’Leery’s at 12:00, 3:00 and 6:00 o’clock Thursday the 17th.

Below I created a short video explaining the events going on and where to go to participate in traditional Irish event.